skip to main | skip to sidebar

One small pedal for man...

After several years, much daydreaming, and a few hours of sawing and cutting the SUS001 bicycle trailer is a reality.
As I've increased my biking abilities I wanted to add carrying capacity. My young children can't ride yet and there is only so much you ca fit in a bike basket. Inspired by the boys from Ottawa, the their achievments:
appliances
organ
stuff
sofa +
I set aout finding plans. I'm using a modified bamboo trailer, found here.

While unfortunately it lacks the grace and style of 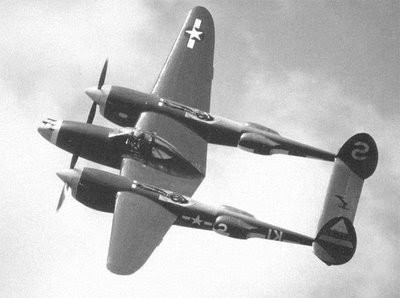 it has already exceeded my expectations.
My normal max average speed on level ground is about 17mph. Maybe thats fast, more likely it's slow. My current average with trailer, over hilly riverside country, is 10mph. Carrying 160 pounds. I think that's awesome.
Most surprising observation is you still use all your highest gears, once you get up to speed. Only difference between a normal ride is that you use the full range of speeds from 1 to 15 for me. It's had two hard test runs with weight, speed, and terrain, and a few runs to the local pool carrying 3 girls we babysit: they weigh not much less than 150 together and don't distribute the weight as well as my test weights: 80# bag of concrete, 80#+ wood planer. Hopefully I'll be making a "standard" run of two passengers (kids) weighing 60#, plus cargo (???).
Pictures attached. Blueprints in progress. Specs at bottom. 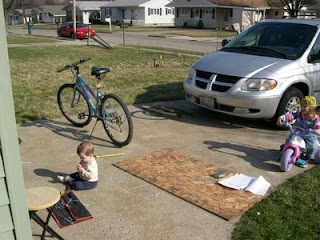 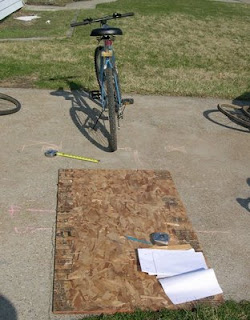 Laying out the dimensions. Sometimes graphpaper doesn't cut it and sidewalk chalk is called for. 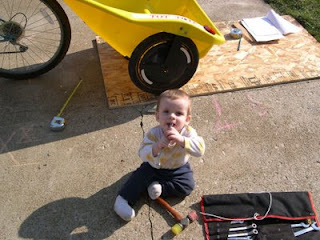 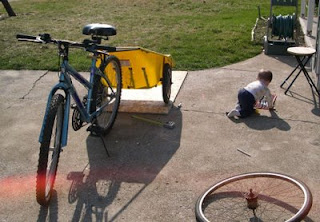 One of my apprentices. Had a tendency to eat tools. 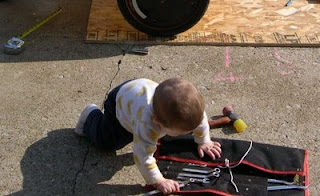 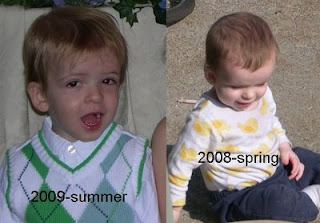 Some projects take longer than others... Caleb is living proof of this... the rain harvesting project is still ongoing... 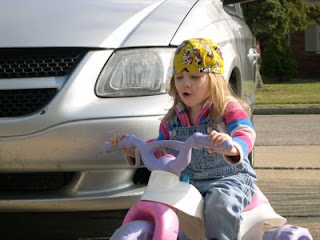 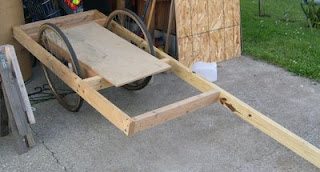 Inspiration and test bed (not attached) on frame 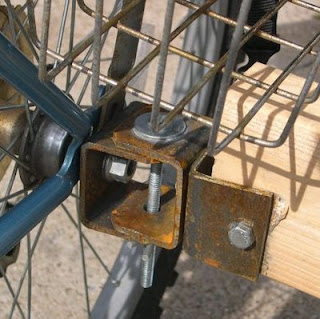 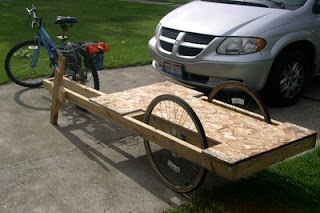 Closeup of hitch and open bed 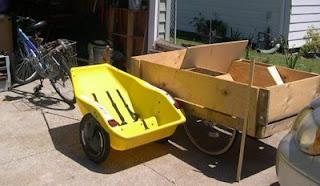 Comparrison to old 2 seat kid trailer. Kid trailer has something close to zero cargo volume (which didn't stop me from using it for heavy cargo) and has a steep recline when sitting in it. 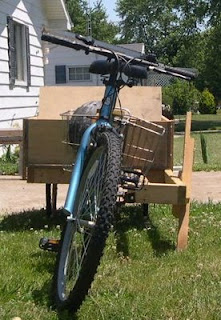 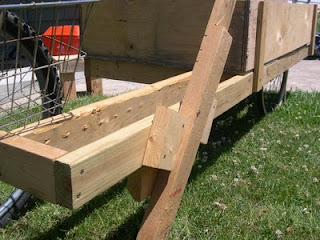 Forward view (aint it pretty), and "parking brake". It's temporary, just haven't worked out the design troubles with the replacement. 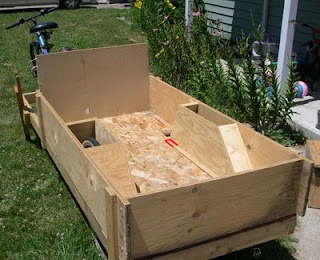 Inside the bed. Yard stick for refference (also in other pictures.

Specs
Total length: About 7 feet. I started with an 8' 2"x4" and cut it down once finished.
Total width: 30"
Wheel width: About 24"
Bed length: 5 feet
Axle height: 13.5"
Bed height: about 18"
Wheels: Standard 27"x1" street tires
Box height: 12" (I think)
Bed surface: About 10 square feet
Box volume: As high as willing to load. Reasonably 4 feet high so 40 cubic feet of space.
Weight capacity: 160 pounds plus. I plan to try again with 340.
Materials: Long frame-treated pine 2"x4", other frame-pine 2"x4", bed OSB 1/2", box 3/4" plywood. Connected with deck screws at key points (frame to frame) and 6d box nails for the rest (bed to frame, most of box assy)
Material cost: $0.00 All materials including wheels, brackets, hitches, and fasteners are recycled, donated, or are from previous projects (like nails, I've been holding those for years and have only recently been using them up)
Bed/seating options: Box is currently screwed to frame, will be changed to bolts for removal. Steaing is currently spaced for children, slides out for all cargo: will be changed to multi position seating for tall folk. Seats can be stored/used to keep cargo from slidnig about.
Cleanout: Gaps near wheel wells. Yes those were a mistake but they saved me the trouble of cutting holes later.